Gary Camarano, NIFO Executive Director, said, “We were originally planning a two-day festival for May, running concurrently in the Sauk Valley, Rockford and the Quad Cities, showing feature films, documentaries, shorts, and with panel discussions and networking events, but the COVID-19 pandemic altered those plans. While planning to reorganize the festival for next year, we began to discuss ways we could have a film festival and do it in a safe manner considerate of personal and public health concerns. With social distancing a key concern, we began to look at the drive-in format. We decided to use the iconic Midway Drive-In Theatre in Sterling, one of only five remaining drive-ins still in operation in Illinois.”

The Midway Drive-In opened in 1950 and has been in continuous operation ever since. The drive-in is a genuine historical landmark as it is home to the oldest standing drive-in screen in Illinois and can accommodate 500 cars. The Midway screen is 90 feet across, giving a massive film presentation. During the pandemic, the drive-in has mandated a parking space between each car, reduced capacity, and other personal protective precautions, such as the use of facial masks.

Filmmaker Sadie Rogers, Director of How is This the World, said, “We loved getting to see our short and so many others glowing at the drive in! The Midway Drive-In is cool and adorable, and it was thrilling to have the NW Illinois Film Office bringing some many Illinois filmmakers together safely and in such a great space.”

Mr. Camarano continued, “The feedback from both the audience and the filmmakers was very positive. The films were well received, the drive-in atmosphere added to the enjoyment, and everyone is looking forward to a repeat performance.”

Among the short films shown were two episodes from Moline, IL, based Fourth Wall Films, A Bridge Too Far From Hero Street, and Riding the Rails to Hero Street. "It was a magical evening seeing the two new Hero Street documentaries light up the screen," said producer Tammy Rundle. "It was our first drive-in film exhibition and rather thrilling!"

"Gary was determined to have a safe film festival for attendees to enjoy and adapted the 'plan' to showcase short films produced by independent Illinois filmmakers at the Midway Drive-In Theatre. It was a great success," added director Kelly Rundle. "We are very gratified that our two new Hero Street documentaries were selected by invitation for the festival."

Only a block and a half long, Hero Street in Silvis, Illinois lost six young men in World War II and two in the Korean War, more than any other street in America of any size. Hero Street has provided over 100 American military service members since World War II.  The Rundles’ Hero Street proposed ten-part documentary series, will explore the personal and family sagas behind each of the eight heroes and tell an unforgettable true story of American courage, character, and perseverance. Letters Home to Hero Street (co-produced with WQPT) was the first film created for the series, and it received a Mid-America Emmy-nomination. Letters Home is available with lesson plans to teachers nation-wide via the PBS Learning Media website.

A trailer of the Rundles' new award-winning docudrama Sons & Daughters of Thunder opened the evening’s festivities. Thunder won seven awards at the 29th Iowa Motion Picture Association's award ceremony on August 8th, including the Top Awards for Best Feature Film, Direction, Actor, Supporting Actress, Original Score and two Awards of Achievement for Best Actress and Editing. Based on the play by Earlene Hawley and Curtis Heeter, Sons & Daughters of Thunder presents the unforgettable true story of the first-in-the-nation 1834 emancipation debates led by firebrand abolitionist Theodore Weld in Cincinnati, Ohio, and their effect on a young Harriet Beecher Stowe’s views of slavery.

Sean Miller’s The Replacement, a dark comedy about the first clone President and his resentful 'original' who sees his life stolen by his many copies, was also presented, and received a loud and positive audience reaction. Actor Michael McNamara, who played the role of the “original” and his many clones was on hand and was very appreciative of the audience reaction.

Mark Schimmel, writer, director and producer, said, “The Northwest IL Film Office went to great lengths to honor the filmmakers and their films. The vintage Midway Drive-In was the coolest and safest venue to screen the block of films. I am honored that both Kill the Light and The Musician were part of the launch of the festival. Special thanks to the all-Illinois cast and crew that helped make these films and to the State of Illinois”.

The program also included the following films: Dearly Departed, by FreshFilms; Light, and The Follower, by Patricia Frontain; Hiplet: Because We Can, by Addison Wright; How is This the World, by Grace Hahn and Sadie Rogers; Survive by Danial Miller and Tim Morgan; Keep the Change, by Tom Doherty.

Camarano said, “We had a very varied and diverse group of films and filmmakers. Thought provoking, informative, funny, scary, and all of them entertaining. Our office received a lot of positive reactions, and all wanted to see our film festival continue. We’ll be back next year, bigger and better. COVID-19 may have altered how we work, but it didn’t stop us.”

Peter Hawley, Director of the Illinois Film Office, was on hand to help open the festival, and pointed out the economic benefits of film industry to the state’s economy, as well as to the artistic and entertainment sectors. Hawley complimented the festival, saying, “It was a great event, really well done. I don’t know if it could have been better given everything [Covid-19].”

The Northwest Illinois Film Office was expanded in 2019 to promote the Northwest Illinois region (Rockford, Quad Cities, Sauk Valley, Galena and Pike County) as a destination for film and media projects. The office assists film projects in location scouting, liaising with state and local municipalities for permits, and incentives, and identifying local cast, crew, and supply chain. Recently, three indie feature films, Blacklight, Hunter’s Creed, and Without Grace, have been completed in the region, along with two documentaries, and studio productions Lovecraft Country (HBO) and’s The Now (Quibi).

Camarano said in closing, “The State of Illinois was ranked sixth for film production last year - a fantastic showing. We expressly want to get some of those productions to film here in the Northwest Illinois region. It’s a great location, and full of film friendly communities.” 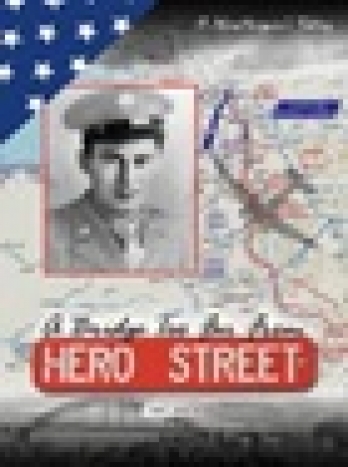