For Immediate Release
For additional information, please contact:
Gary Camarano
Whiteside County
Economic Development Department
815.772.5247
This email address is being protected from spambots. You need JavaScript enabled to view it.

Morrison, IL (August 7, 2020) - The Northwest Illinois Film Office will be hosting the First Annual Northwest Illinois Film Festival on August 26, 2020, at the Midway Drive-In Theatre in Sterling. The festival is billed as a “Shorts-A-Palooza”, and is a celebration of Illinois Indie Filmmakers featuring several short films from some of Illinois most creative independent filmmakers, with several NW Illinois filmmakers highlighted. According to Gary Camarano, Executive Director of the Northwest Illinois Film Office (NIFO), “The festival is an abridged version of the much larger film festival we had planned for May, but were forced to cancel due to the COVID-19 Pandemic. We were going to reschedule for next year, but upon further consideration, we decided that COVID-19 was not going to stop us. We would adapt and do things differently, but we would continue to move forward.”

The film fest was originally planned to be a two-day event running concurrently in Rockford, the Quad Cities and at Sauk Valley Community College. A program of feature films, shorts, and documentaries from Illinois Indie filmmakers, along with panel discussions and networking/social events was to be scheduled. However, as the COVID-19 Pandemic emerged, it became clear that an event like the film festival would not be possible. Mr. Camarano explained, “We started planning for next year, and as we started thinking about public safety and social distancing we started thinking ‘Why not hold the event at a Drive-In?’ We have one of only five Drive-Ins still functioning in Illinois right here in the heart of Northwest Illinois, so why not use that?”

We contacted Mike Kerz, owner of the Midway Drive-In in Sterling, and he was very keen on the idea. We revamped the program from a two-day event to a single night, and went from features, shorts and documentaries to just short films. A sampling of what Illinois Indie filmmakers have to offer. And, I think we have a solid program with a lot of variety put together – with some strong representation from Northwest Illinois filmmakers, and filmmakers who have come to work in the Northwest Illinois region.”

Among the filmmakers with ties to Northwest Illinois are Kelly and Tammy Rundle (Hero Street) from Moline, FreshFilms from Augustana College, Don Hatton (Blacklight) from Rockford, and Mark Schimmel (The Musician), who recently worked on a Quibi project (The Now) filmed in the Quad Cities, and Justin Jackola, who filmed Hunter’s Creed in Savanna, Illinois, will show his trailer for the film as distribution is set to begin within a few months. Other notable Illinois Indie filmmakers participating include Sean Miller, Addison Wright, Patricia Frontain, Tim Morgan, Grace Hahn and Sadie Rogers.

Camarano added, “Our film office wants to accomplish three things. First, we want to help promote the works of our independent filmmakers. They do incredible work, and we want to help them get exposure. This is a very talented group of people with lots to say and stories to tell.

Secondly, we want to promote Northwest Illinois as a location for film projects. With over 5,000 square miles of potential locations, five film liaisons, dozens of film friendly communities, access to a talented workforce, and the ability to offer some significant State incentives to filmmakers, our region is a great place for film projects.

Peter Hawley, Director of the State of Illinois Film Office, said, “It is great to see local film offices open up, and help the film industry in Illinois. Last year the state saw over $550 million in film projects come here, and although this year will be tested by COVID-19, collaborative efforts between state and local offices like Northwest Illinois will only lead to a stronger film industry in Illinois.”

Over the last two years, three feature films have been completed in Northwest Illinois, “Hunter’s Creed”, “Blacklight”, and “Without Grace”, as well as episodes for Quibi’s “The Now”, HBO’s “Lovecraft County”, and Fourth Wall Film’s “Hero St.” Rockford filmmaker Don Hatton commented, “There’s a lot going on in Northwest Illinois, and I see a future for film production here in the region. Resources like the State Film Office and Northwest Illinois Film Office are only going to improve the industry presence here, and that will mean more projects, investment, spending and jobs.” 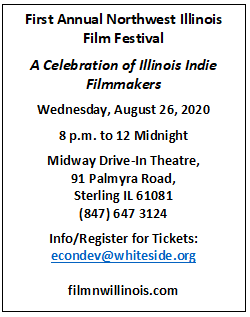 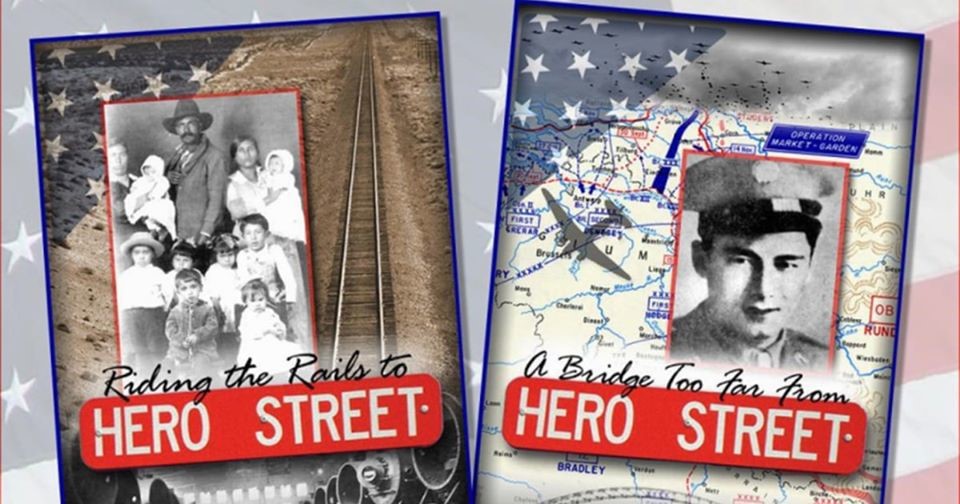 Moline filmmakers Kelly and Tammy Rundle’s “Riding the Rails to Hero Street” and “A Bridge Too Far From Hero Street” will be shown August 26 at the Northwest Illinois Film Festival at the Midway Drive-In in Sterling, IL.